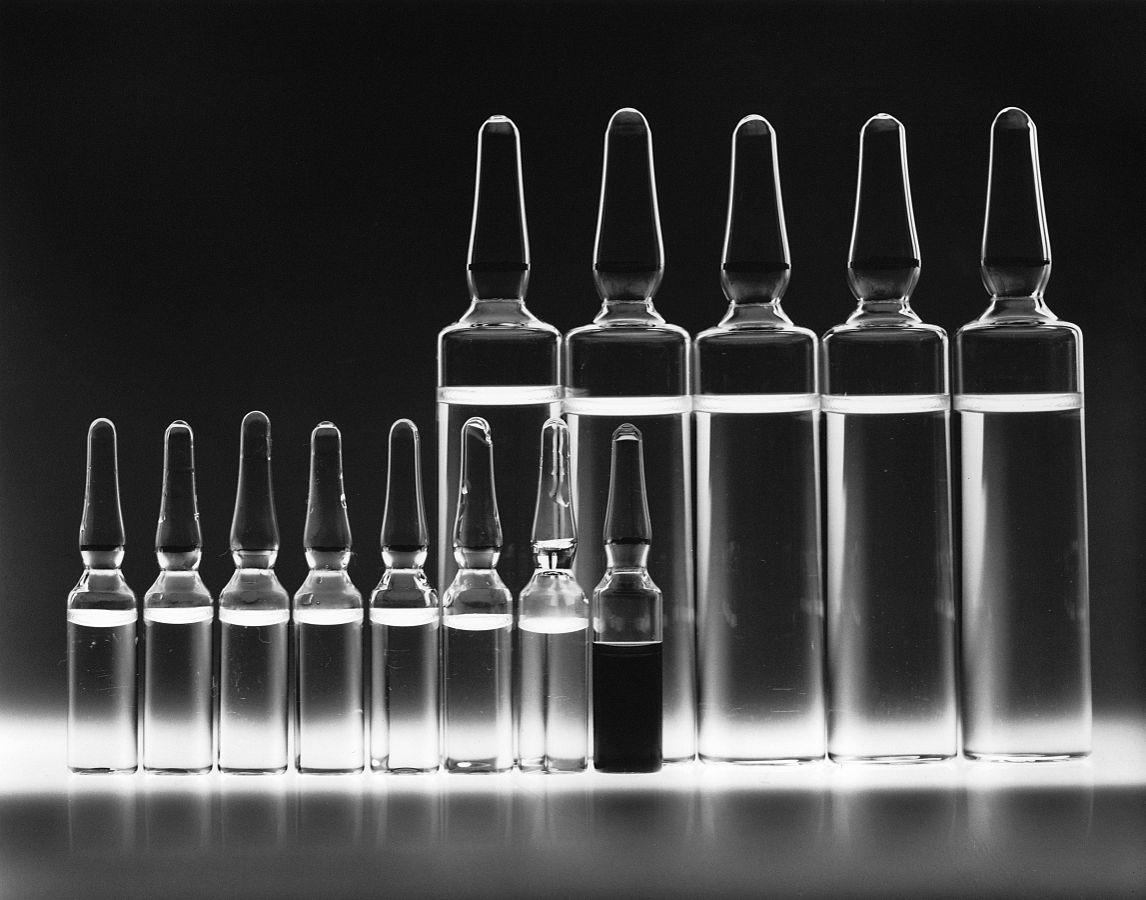 Since the beginning of OncoBites, we’ve talked a lot about immunotherapy: using our own immune cells to destroy the cancer cells? We can’t get enough of it! In one post, we highlighted a revolutionary approach recently approved by the US Food and Drug Administration (FDA) using genetically modified immune cells to fight cancer, the first therapy of its kind to reach the clinic. But cancer is a many-headed, rapidly evolving beast and approaches that are successful in some cancers are useless or even harmful in others. Hence the need for constant innovation and experimentation to develop new therapies.

So far, we ’ve primed the conversation on some exciting experimental therapies being developed in labs across the world, and how new players like bacteria are being used to enhance the therapeutic effect of already approved cancer therapies. However, we haven’t really discussed the path these therapies travel from research lab benches as they are translated to the bedsides of cancer patients.

Let’s begin with a basic but important premise: developing new cancer therapies is not a straightforward process. Years of scientific research is followed by rigorously controlled clinical studies before a drug is deemed safe and effective. It is only when a therapeutic is formally approved by regulatory agencies and becomes accessible to patients.

In today’s piece, I want to guide you down the path of the different stages of this drug development pipeline. The process typically starts when we identify a biological target (like a protein or cellular process) that is critical for the disease. This is, however, not the only way how drugs are developed historically. Irrespective of the approach taken, the primary goal of the process is to identify a chemical substance that can interact with the target thereby changing its activity and function causing a desirable therapeutic effect. Next, we validate the drug activity in a model organism. There are ethical constraints that prevent us from doing extensive research on every new drug in humans. A careful assessment of risks on individuals and communities in comparison to the benefits has to precede before any medical research is conducted on human subjects. Model species share many of the same proteins and processes as human cells so we can test drugs in these animals for both safety and efficacy before testing in humans. By doing these preclinical experiments on model animals like zebrafish, mice, and monkeys, we can gather adequate information on how a drug function and interacts with our complex biology before we have enough evidence that a therapy may work well for a specific condition or may be better than a therapy which is already available. It’s important to note, however, that model animals are not humans and many drugs that initially appear to be promising in animals are not as effective in people.

Once the drug manufacturer, typically a pharmaceutical company feels optimistic about the prospect of a new therapeutic, they file an investigational new drug application (IND) before the regulatory agency, which in the US is the FDA. If the agency feels satisfied with the manufacturer’s plan, they give the nod to the company to go ahead with the trial. The clinical trial is segmented into multiple stages, referred to as ‘phases’. A new drug progresses through the phases sequentially, while being subjected to the scrutiny of the regulatory agency. Any red flags like severe toxicity can cause the trial to be called off.

In Phase 1  of the trial, the safety and the appropriate dose for treatment is tested in a small number of healthy individuals. Approximately 3 in 5 drugs will move to the next phase of the trial where the effectiveness of the drug will be tested in patients for whom the drug is intended. Phase 2  will restrict the testing to about a few dozens to hundreds of patients. Most of the drugs in development fail at this stage with only about 3 out of 10 drugs progressing to the subsequent stage. Phase 3 is the critical stage in which the drug is tested in hundreds to thousands of patients, typically in multiple centers, thereby including a broader and more diverse group of patients. About 3 in 5 drugs will move past this phase to the drug review process. This is the stage where FDA examines all the data submitted and decides whether the drug should be approved or not. If the drug provides direct clinical benefit to the patients in terms of parameters like improvement of overall survival and quality of life, risks like any potential side-effects and toxicities do not outweigh the benefits, and the drug performs better than existing therapies for that disease, there is a high likelihood (about 85%) that the drug will be approved and allowed to enter into the market.

One important thing to note in this stage-wise process is that the probability of a drug not being approved quickly adds up. If we multiply the chances of a drug moving through the phases the of clinical trial, the figure we arrive at is only about 1 in 10. A less than 10% chance that a drug that is filed for a clinical trial will be eventually approved. This rate can be even lower for cancer drug development.  Consider also that only a handful of drugs that come out of the preclinical stage where most of the research is done will ever make it to clinical trial. There are a lot of reasons behind that. Drug development is inherently expensive. Including all of the investigative drugs that fail along the way, it takes about $2.7 billion in 2017 dollars to bring a new drug to market. So, pharmaceutical companies try to assess which probes are the most likely to succeed and put rigorous effort and investment behind only the fittest candidates.

Unfortunately, considering the fact that cancer is a cluster of diseases, even promising anticancer drugs like immunotherapies which have already established their ‘fitness’ in human cancer patients in some types may stumble in a different type of cancer when it comes to clinical trials. In some of our previous posts, we have talked about a class of immunotherapy drugs called checkpoint inhibitors which release the brakes on body’s immune cells that the cancer cells use to their advantage to bypass the immune defense. Recently, one of these checkpoint inhibitors, nivolumab,  was in a clinical trial for Adult T-cell leukemia-lymphoma (ATLL), a cancer of the immune T cells, found typically in blood, lymph nodes, and the skin. In this recently published trial, the investigators initiated a phase 2 trial with three patients, and unfortunately, all the patients demonstrated a steady and rapid progression of the disease after a single injection of the checkpoint inhibitor. In previous preclinical and clinical trials, checkpoint inhibitors had demonstrated encouraging results in cancers of the blood. Although this clinical study only included three patients, it’s findings call for exercising caution in using checkpoint inhibitors in this type of cancer going forward.  The environment around which the cancer cells operate is an extremely complex domain. In cancers of the blood, this is more relevant, as the cells that are cancerous and the immune cells share the same origin and the malignant cells may potentially be triggered by the same mechanisms that activate cancer-killing immune cells. It does not help further that the mouse model-based preclinical results which guide us to push a drug to the clinic are often generated by mouse models, which may not fully represent the human immune system. Nevertheless, we are far from writing off checkpoint inhibitors in blood cancers. A quick search through the public database of US clinical trials using the keywords nivolumab (a drug that blocks a checkpoint on T cells) and leukemia (cancer of the blood-forming tissues) returns twenty studies, many of which are active and still recruiting patients. The actual number of trials exploiting checkpoint inhibitors in blood cancers is probably much higher. Together, the results of these trials will shed more light on the future of immunotherapy in malignancies of the blood.

Cancer drug development is a time, money, and labor-intensive process. At OncoBites, our mission is to share with you the latest advancements in cancer research. While I want you to be encouraged and feel optimistic about the fascinating science, I also want to gently remind you that only a minor fraction of these experimental drugs will eventually move to the clinic. Nevertheless, clinical trials ensure that we are guided by a rational, evidence-based approach, and only the safest and most effective drugs reach cancer patients. Whenever we have concerning results like the trial discussed above, clinicians, regulatory agencies, researchers, and the pharmaceutical industry take a step back and try to learn from the results and feed the knowledge back into the drug development process. And we only return stronger in our quest to tame the many-headed beast.

Chemotherapy Vials, Bill Branson, National Cancer Institute (NCI). This image is a work of the National Institutes of Health, part of the United States Department of Health and Human Services

6 thoughts on “Stumbling before the beast: Not all cancer clinical trials end in drug approval”