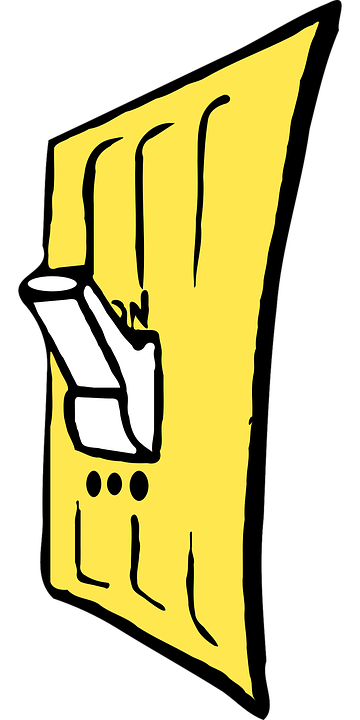 Picture this: You walk into a strange room. Maybe you’re at a friend’s house, or the restroom in a new coffee shop, or a hotel room. It’s dark, and you can’t see, but no matter where you put your hand, you just can’t find the light switch. You know it has to be here! Where else would it be?!

For years, researchers have been searching for their own switch; the switch that controls drug resistance in cancer cells. For many patients, cancer therapy can start off on a promising note. Their tumors will stop growing, or even shrink, through chemotherapy. They’re moving towards remission, and it’s miserable, but there’s hope. But this promising path is short, for some patients, as their tumor cells begin to develop resistance to chemotherapy. Resistance arises as cells learn to adapt to the constant onslaught of toxins thrown at them; they produce more pumps to push the chemo out before it can harm them, or they use new proteins and pathways to promote growth. Doctors may switch patients to a new therapy, and then perhaps another, but the fact remains that there are a finite number of therapies available, and resistance can develop against just about all of them.

In the face of this challenge, scientists at MD Anderson Cancer Center seem to have found a switch. Working in triple negative breast cancer, which is infamously prone to developing drug resistance, they set out to find out how cancer cells change after being treated with chemotherapy and whether that holds a clue to how drug resistance starts and whether we can end it.

The study was done using samples of patient-derived human tumors grown in the mammary tissue of mice (known as patient-derived xenografts, or PDX). They then injected these mice with the standard chemotherapies used for treating triple negative breast cancer and watched for the development of resistance. Once they developed resistance, they compared the tumor cells after chemotherapy to the same tumor sample from before chemotherapy, which they had preserved by deep-freezing. They found that the drug-resistant tumors were densely packed with supportive cells and matrix that surrounds the cancer cells, protecting them from tumors. They also found that the cancer cells had strangely shaped organelles (like organs, but for single cells; they produce energy and proteins and do whatever your cell needs to keep running), and that they were making different proteins than the cells that hadn’t been treated with chemotherapy. But just noticing these changes weren’t quite enough; the researchers wanted to understand how these changes really play a role in the face of chemotherapy, and which changes really helped cancer cells survive chemotherapy. So they found a way to track individual cancer cells: they barcoded them.

Now, “barcoding” cells doesn’t mean the researchers found a way to put a tiny label of black lines and numbers on each little cell. Instead, they added tiny, unique pieces of DNA to individual cancer cells derived from drug-resistant tumors. When DNA is then extracted from cancer cells later, they can find these barcodes and link them back to the individual cancer cell these new cells came from. It’s a great tool for tracking the profile of surviving cells in the face of treatment, which is exactly what the researchers did; they implanted mixtures of these barcoded, drug-resistant cancer cells into new mice, treated them with chemotherapy, and took samples of tumors to track the cell populations.

One cell type in particular really thrived in the face of chemotherapy, and the team was able to determine that these cells were more heavily dependent on mitochondria-based metabolism than cells that are sensitive to chemotherapy. Furthermore, when they treated both drug-resistant and drug-sensitive tumors with both chemotherapy and a metabolic inhibitor that targets the pathway they found drug-resistant cells are dependent upon, they were able to drastically reduce tumor growth, so drastic that the drugs must all be working together (what researchers call synergistically) to fight cancer.

And so, after years of rigorous study, it seems that someone has found a switch for drug-resistance in cancer. Right now, it’s only switched on a nightlight, relative to the darkness we’re in, because this finding is only one piece, for a few patients with a single type of cancer. But nightlights can help you find your way in the dark, and maybe find other light switches, and in cancer research, a small step forward can make all the difference.

4 thoughts on “Searching for the Switch: How Cancer Cells Become Drug-Resistant”