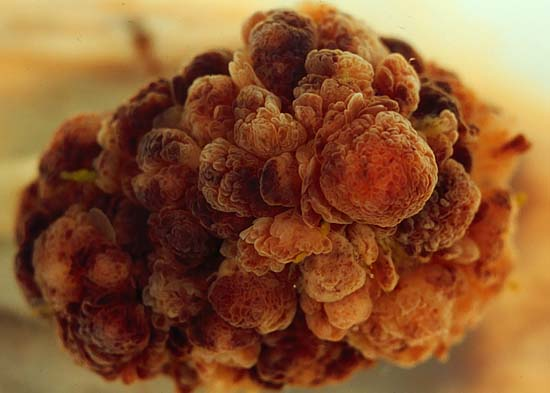 Colorectal cancer (CRC) is the 3rd most common cause of cancer, and was responsible for approximately 875,000 deaths in 2018. Based on rates of incidence calculated between 2007-2009, about 5% of people born today will be diagnosed with CRC at some point in their life.

Although the overall rate of CRC cases has been decreasing in high-income countries, recent data suggests that rates among adults younger than 50 years could actually be increasing. A study by Araghi et al., published May 16th 2019, analyzed the trends of CRC in adults under 50 in Australia, Canada, Denmark, Norway, New Zealand, Ireland, and the UK. They acquired population-health datasets containing many years of data (with the last year of data being from 2014), and compared the rate of CRC incidence in adults <50 versus 50-74.

Interestingly, although adults between 50-74 years exhibited a decrease in CRC (of approximately 2% per year), adults younger than 50 experienced an increase in CRC of about 2.6% per year. Although only about 15% of CRC cases are diagnosed in adults younger than 50, this still represents a significant increase in total number of cases, given that around 1 million people get CRC each year.

What could be driving this increase in CRC among younger adults? The American Cancer Society has published a list of factors that are known to make you more likely to get CRC. Many of the factors listed on their summary sheet are lifestyle based: Having overweight or obesity (especially having a larger waistline) increases the risk of occurrence and death from CRC. Low levels of physical activity are also associated with higher changes of CRC. A diet high in red meats (beef, pork), or processed meats (hot dogs or sliced deli meats) has been strongly associated with increased risk for CRC. Similarly, cooking meats at high temperatures (for example, frying or grilling) changes some of the meat compounds into dangerous chemicals that might increase cancer risk. Moderate or heavy consumption of alcohol has been linked to CRC. Surprisingly, people who have smoked tobacco for a long time are more likely to develop CRC (and other cancers) in addition to just lung cancer.

Since 2000, the prevalence of adult and youth obesity has increased by 29.9% and 33%, respectively. Today, about 72% of adults either have overweight or obesity. Only ~1 out of every 4 high school students meets the recommended guidelines for weekly aerobic exercise. From 2003 to 2013, vegetable consumption per person (each year) in the United States decreased from about 300 lbs to 270 lbs. Although the American Heart Association has recommends that adolescents should not consume more than 25g of added sugars per day, American youth consume an average of 72g per day, 42g of which comes in the form of sugar-sweetened beverages. It seems that some of these statistics could be linked to the increasing incidence of CRC in adults under 50.

The authors of the study have suggested that the implementation of recommended screening guidelines above the age of 50 has likely contributed to faster recognition and treatment of disease. Younger patients are typically not screened due to the overall lower rate of disease. In the case of CRC, many cases may be the result of the above-listed preventable lifestyle factors. However, changing fundamental elements of your lifestyle can be extremely difficult to achieve, even with professional guidance.

What do you think is the best method to encourage healthy shifts in our society and personal choices? Let us know @morgandmcsween @oncobites

This is the end of the article, but visit the below link for an interesting story on the clinical case study that resulted in the header photograph of the CRC polyp:

Tubulovillous Polyp of the Colon