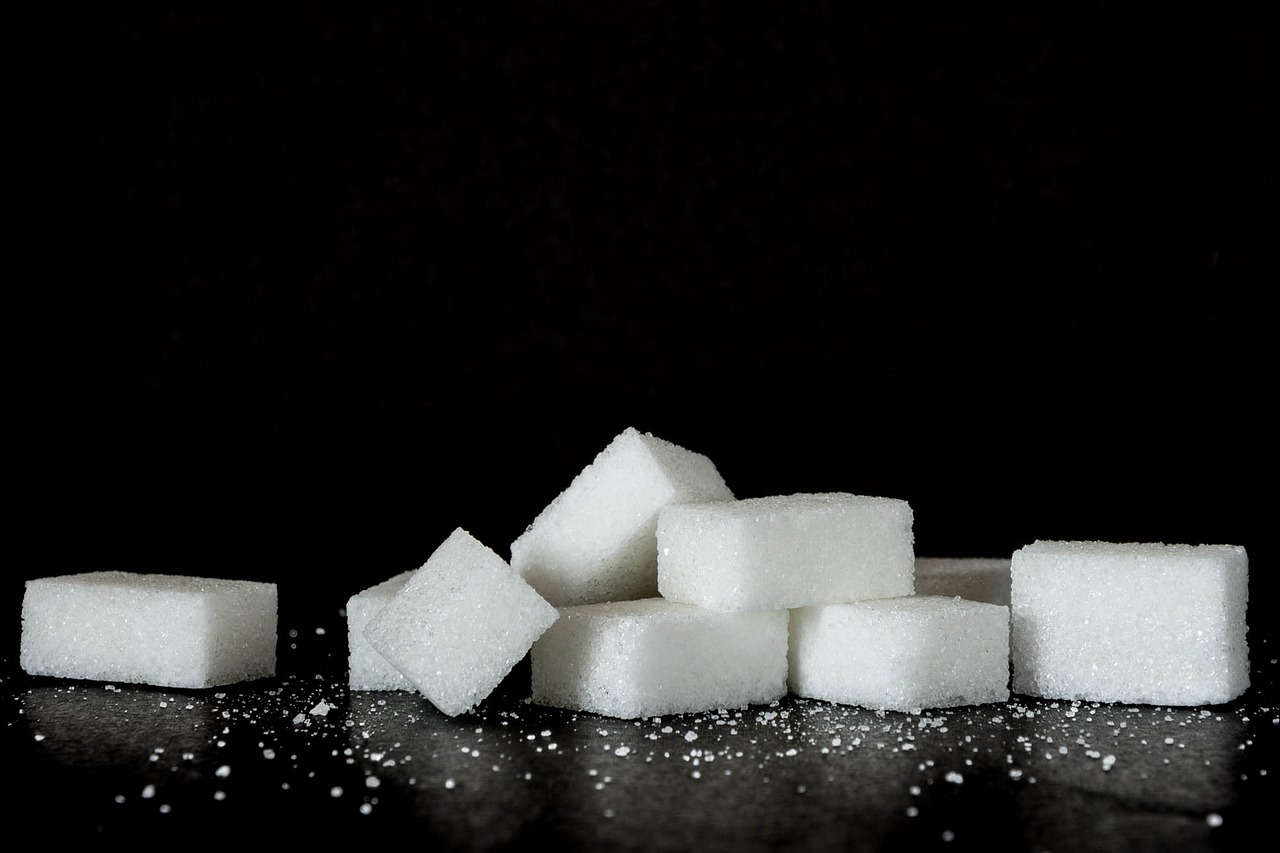 We’ve talked at Oncobites about how many factors can cause or contribute to cancer. We’ve discussed how tumors arise from cells that have acquired mutations (could be inherited). Many of these factors have been related to external exposures like UV exposure from the sun or cigarette smoking that cause mutations that contribute to tumor formation. But what about intrinsic factors? Our bodies consist of a series of complicated systems that regulate body temperature, mount defenses from invading organisms, supply organs with vital nutrients, and perform all of the critical functions required for maintaining life. These processes don’t occur in isolation, and when they are disrupted in disease, the resulting disease states can also interact with one another. This is especially true of the interactions between cancer and chronic diseases like Type 2 diabetes.

The link between Type 2 diabetes and cancer has long been appreciated: patients with diabetes have a higher risk of developing many kinds of cancer and their disease is more likely to recur and cause their death than non-diabetic cancer patients1,2. Type 2 diabetes is a metabolic disease in which sugar metabolism is disrupted. All of the foods we eat are made up of three types of molecules, or macronutrients, fats, proteins, and carbohydrates. 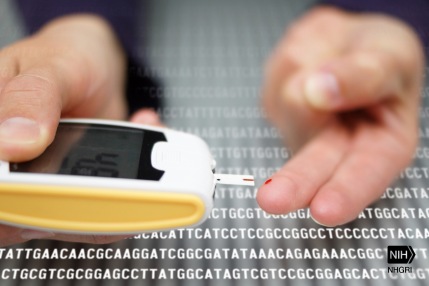 Carbohydrates are long chains of sugar which are broken down in our bodies into simpler sugars like glucose. Our bodies use glucose as an energy source to perform the functions of everyday life from walking to reading blog posts. However, excessive levels of glucose in the blood can be toxic, so our bodies have mechanisms to pull excess glucose out of the blood and store the energy for future use. In non-diabetics, insulin, a hormone that acts as the major signaling molecule to direct the storage of glucose, is released in response to high blood sugar levels to decrease the level of glucose in the blood. However, the cells of patients with type 2 diabetes cells are less responsive to insulin. These patients are less able to regulate their blood sugar and can produce very high levels of insulin in an unsuccessful attempt to modulate their blood sugar levels. Chronic high blood sugar contributes to the symptoms of diabetes such as impaired vision and wound healing. While the causal links between high blood sugar and some of the symptoms of diabetes are somewhat more intuitive to understand, uncovering the connections between type 2 diabetes and cancer has been more difficult.

In a recent paper in Nature, Wu and colleagues identify a link between high blood sugar in type 2 diabetes and cancer through decreased stability of TET2, a protein that is critical for maintaining epigenetic states. In an earlier post, I described the compaction problem of DNA organization and gene expression: DNA must be compacted to fit within the nucleus of a cell, but genes must be accessible to be expressed. To overcome this compaction conundrum, cells have developed mechanisms to regulate the compaction and accessibility of genes. To keep track of whether a gene will be expressed the cell utilizes marks, chemical groups, that regulate the accessibility of the gene and therefore its expression. One of these marks is DNA methylation, the addition of the methyl chemical group directly onto cytosine, the C of the A, T, C, and G bases that make up DNA. DNA methylation is associated with DNA compaction and gene silencing, and the regulation of these processes is mediated by balancing the activities of enzymes that deposit methyl marks (DNA methyltransferases) and enzymes that remove methyl marks. The removal of DNA methylation is a multistep process, but since the first step of the process requires glucose Wu and colleagues anticipated that the genomes of diabetics would have relatively increased levels of the methylation intermediate generated by that step. Instead, they found that while diabetics had the same levels of DNA methylation, they had lower levels of the first intermediate, suggesting a defect in the first step in removing DNA methylation. Furthermore, they identified cancer-associated genes with decreased levels of the intermediate and higher expression in response to high glucose.

Decreased levels of the intermediate are associated with cancer, so Wu and colleagues investigated the effect of high glucose levels on the levels of TET2, one of the proteins that perform the first step in removing DNA methylation. They found that high glucose decreased TET2 protein levels without changing gene expression levels, suggesting that high sugar levels decrease the stability of the TET2 protein after it is made. Additionally, Wu and colleagues found that the TET2 protein is itself marked by a chemical group, phosphorylation and that high glucose levels decrease this mark on TET2. They determined that under normal sugar conditions, TET2 is phosphorylated and phosphorylation protects TET2 from proteins that would otherwise destroy TET2. In high sugar conditions, the protein that phosphorylates TET2, AMPK, is inactivated, TET2 is not phosphorylated, and the levels of the DNA methyl intermediate generated by TET2 are decreased—all of which could be reversed by chemically reactivating AMPK. Most importantly, the effects of high glucose on TET2 levels and DNA methylation corresponded to increased proliferation of tumor cells. These data suggest that high glucose drives epigenetic dysregulation through AMPK and TET2 to promote pro-cancer gene expression and provides a molecular mechanism for the cancer outcomes observed for diabetic patients.

So where does this leave diabetic cancer patients, and cancer patients generally? Serendipitously, diabetes patients treated with metformin, have a lower risk of developing cancer and have better outcomes when they do get cancer. Though metformin has been used medically for decades, its mechanism of action is not very well understood though it is proposed to be an activator of AMPK. Indeed, Wu and colleagues found that metformin reversed the effects of high glucose on TET2 phosphorylation, DNA demethylation intermediates, and cell proliferation both in vitro and in mice. Metformin is being assessed in clinical trials, and its efficacy in treating diabetes-associated cancer in the clinic may provide another mechanism for drugging epigenetic states and demonstrate that modulation of glucose can regulate the cancer epigenome and therefore regulate cancer patient outcomes.