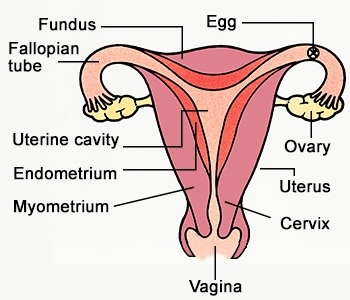 Chlamydia is the most common sexually transmitted bacterial infection in the world, and 75% of infected women never develop symptoms. Furthermore, chlamydia will ascend from the cervix to the upper genital tract in 40% of infected women. This infection of the endometrium puts women at risk for pelvic inflammatory disease and infertility. New evidence published in the Journal of the National Cancer Institute in May 2018 suggests that upper genital tract inflammation caused by this silent infection may also increase a woman’s risk of ovarian cancer. The majority of ovarian tumors are aggressive and usually present at an advanced stage. Despite responding to surgery and chemotherapy, they will frequently recur, and 55% of patients will die within five years of diagnosis.

Researchers analyzed data from Polish and American women to determine if chlamydia infection increased the odds of developing ovarian cancer. The Polish case-control study had 278 ovarian cancer cases and 556 controls, and the American prospective case-control study compared 160 cancer cases with 159 controls. In both groups, women with antibodies against pgp3, a chlamydia protein demonstrated to be an accurate marker of the previous infection, were twice as likely to be diagnosed with ovarian cancer. Higher antibody levels showed the strongest association with cancer development. This suggests that a subset of the most severe infections, likely uncontrolled infections that ascend from the cervix to the endometrium, are responsible. These women may also be susceptible to repeated infection that could further increase their cancer risk.

The role of sexually transmitted diseases in cancer initiation is a well-studied phenomenon. Chlamydia, along with Neisseria gonorrhoeae (gonorrhea) and Mycoplasma genitalium, has been linked to gynecologic cancer. However, researchers did not find any association with Mycoplasma and were unable to reliably test for antibodies against gonorrhea. Antibodies against viruses like HPV, herpes, or hepatitis also had no ovarian cancer association. Researchers hypothesize that chlamydia suppresses the cell’s ability to undergo programmed death or apoptosis. Preventing this cellular suicide provides Chlamydia a better chance to survive, but may also allow cells to survive with DNA damage. This could lead to mutations in oncogenes that would increase the chances of cancer development.

Researchers also speculated that adhesions formed between the Fallopian tube and ovary by chlamydia infection would allow for the transfer of cancerous cells to the growth-promoting environment inside the ovary. The ovary produces molecules important for the growth and development of the egg, or ovum, that would be hijacked by cancer cells after metastasis. This is consistent with current research that suggests a majority of ovarian cancer tumors originate in the distal Fallopian tube. Small areas of dysplasia, or abnormal growth, become malignant and spread to the ovaries due to their close proximity. Thus, chlamydia infection could cause tubal inflammation that leads to cancer development, and the associated tissue damage may allow for metastasis to the ovaries. Future investigation will be needed to confirm these findings in a larger population, and also determine if chlamydia infection is associated with specific subtypes of ovarian cancer. Determining the subtype will help determine its origin. While the cancer likely forms in the Fallopian tube or ovary, it could possibly spread from the lower genital tract, because chlamydia infection has also been associated with cervical cancer.

If the data are confirmed, it suggests that preventing and treating chlamydia effectively may also reduce the risk of ovarian cancer. Unfortunately, this implication comes with a potential limitation – the “arrested immunity hypothesis”. This hypothesis suggests that use of antibiotics to treat infected individuals are shortening the duration of infection, but are also preventing the development of natural immunity that could require months or years to develop. This is supported by rising chlamydia cases observed after the initiation of screening programs in the United States, the United Kingdom, and Australia. However, reproductive diseases like ectopic pregnancy and tubal infertility dropped in British Columbia, Canada after initiation of their control program. Thus, antibiotic treatment could block development of a protective immune response, but may also prevent disease associated with chronic infection. Therefore, while there might be drawbacks in overall immunity, chlamydia testing could be an important tool in not only reducing the spread of infections but also potentially in preventing ovarian cancer.

Future work will need to determine the effectiveness and cost-benefit of chlamydia screening programs in preventing gynecologic cancer. It is tempting to speculate that a future chlamydia vaccine would reduce the number of chlamydia and cancer cases. Despite this potential, development of biomarkers and screening methods are still necessary to detect and prevent ovarian cancer.

Edited on March 3rd, 2020: If you are interested in learning more about Chlamydia Testing, visit https://www.stdtesting.org/chlamydia-testing/. STDTesting.org believe that STDs are preventable and in many cases curable if caught early. Their website is designed to be a public service announcement to empower people to take control of their sexual health. OncoBites is not affiliated with STDTesting.org.