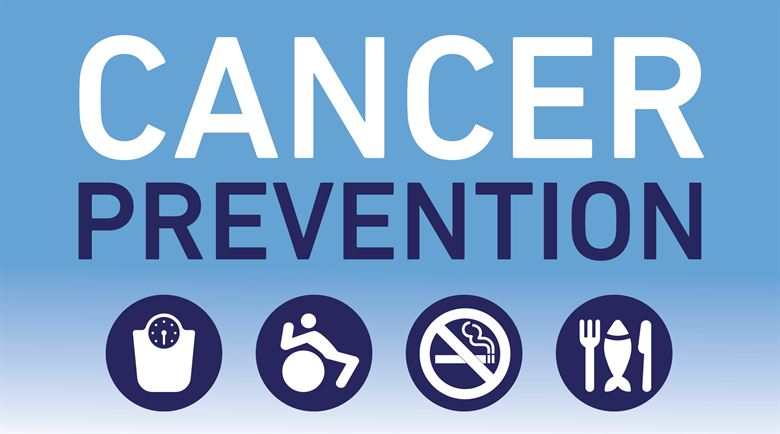 What percent of cancer cases are due to lifestyle choices or environmental conditions, and are therefore potentially preventable? Take a guess: 10%, 25%, 75%, or 90%? A paper by Anand et. al set out to answer exactly this question nearly ten years ago, pulling data from large-scale epidemiological studies across a large range of cancer types and demographics. That paper has since been cited roughly 1,500 times.

Strikingly, they found that about 90-95% of cancer cases were estimated to be due to environmental conditions and/or life choices, and only 5 to 10% of all cancer cases were estimated to be due to innate genetic traits. What does this mean for us as a society? It suggests that we do not have to wait to receive a cancer diagnosis to begin to take measures to fight against the disease. Perhaps, however, that is a task easier said than done. What specific environmental and lifestyle choices are the strongest contributors to increased cancer risk? Continue reading to find out!

Did you know that about 38% of Americans are obese by clinical standards? We know that being overweight is a risk factor for serious diseases such as heart disease, stroke, and type 2 diabetes, but recently it has become increasingly clear that obesity is also tightly linked to cancer. As it turns out, roughly 14% (in men) and 20% (in women) of all cancer deaths in the United States are due to excess weight/obesity. Certain colon, rectal, breast, ovarian, liver, and cervical cancers have all been linked to being overweight.

How does obesity lead to cancer? Excess fat can alter your body’s production of signaling molecules such as the hormones responsible for blood sugar control, certain inflammatory responses, and sex steroids (hormones). Disturbing these signaling pathways puts your body under a constant state of physiological stress, which contributes to cancer development by sending signals to “promote” the growth of tumor cells which have undergone a mutation and are waiting for the right microenvironment to continue their progression. Consistently, regular physical activity has been extensively and conclusively shown to reduce the risk for a host of cancer types, and even to be beneficial in the recovery of cancer survivors.

The degree to which diet impacts cancer risk varies considerably across cancer types. Overall, diet is estimated to play a causative role in approximately 30-35% of all cancer cases, but do specific food groups have a stronger association with cancer than others? Red meat has been classified by the World Health Organization as a Class 2A carcinogen (i.e., probably cancer-causing), and processed meat has been classified as a Class 1 carcinogen (i.e., definitely cancer-causing). There is evidence to suggest that cooking meat at high temperatures (such as grilling or pan frying) has carcinogenic potential by producing heterocyclic amines that can bind to your DNA and increase risk of tumor development. Bisphenol (BPA) from plastic food containers may leach into food and has been suggested by animal studies to increase the risk of breast and prostate cancers.

Did you know that there is an association between drinking alcohol and an increased incidence of certain cancers? It is estimated that about 5% of all cancer cases are due to alcohol consumption. Analyses of breast cancer risk and alcohol consumption in a worldwide cohort of women suggested that for every standard drink of alcohol consumed per day, there was roughly a 7% increased relative risk of getting breast cancer (e.g. if your prior estimated actual chance of getting breast cancer was 10%, with one additional drink per day your absolute risk would now be equal to (10)x(1.07)=10.7%). Further, high levels of alcohol intake have been shown to increase your chances of liver and colorectal cancers.

It is thought that in patients who are infected with hepatitis, excessive alcohol consumption can increase the virus’s potential to develop into hepatocellular carcinoma (liver cancer). How does this happen? We know that ethanol and its metabolic byproducts can generate pro-inflammatory molecules and free radicals, which damage surrounding cells, providing a possible opportunity for further infection.

News flash: smoking causes cancer! But how much cancer does it cause? It is estimated that roughly 25-30% of all cancer cases are due to tobacco use. Smoking causes about 20% of the deaths that occur in the U.S. each year and smokers have a life expectancy that is 10 years shorter than non-smokers. Quitting before the age of 40, however, reduces your smoking-related risk of death by about 90%. Since the 1960s, public health efforts have steadily pushed to minimize the use of tobacco products. Even second-hand smoke has been classified by the EPA and the International Agency for Research on Cancer as a Group 1 carcinogen (meaning that there is sufficient evidence of carcinogenicity in humans).

Did you know that about 18% of worldwide cancers are associated with infection? In many of those cases, the cancers are a result of infection by a virus (e.g. human papillomavirus – HPV, Epstein Barr virus, HIV, herpes, hepatitis). Some of these viruses are directly mutagenic, meaning that when they turn on their own DNA machinery, it can cause cancer. Other viruses are indirectly mutagenic, meaning that as they go about replicating themselves, they produce molecules that can cause oxidative stress to your DNA, which can contribute to inflammation and eventual mutation. DNA mutations are the underlying cause of cancers.  Vaccinations are available for several viruses that can cause cancer, such as HPV and hepatitis, and represent an efficient, low-risk method for reducing your chance of disease.

As many as 10% of cancer cases are thought to be due to radiation and environmental exposures. The most common source of radiation is UV light from the sun, but medical imaging and other incidental or occupational radiation exposures can additively contribute to considerably increased cancer risk.

Roughly 90-95% of cancers are due to external (and therefore potentially preventable) causes. The scientific consensus on methods for the reduction of cancer incidence is increasingly clear, but that does not necessarily translate to rapid widespread adoption. For decades, it has been public knowledge that smoking and cancer are inextricably linked. However, although smoking is becoming less common, it is still prevalent. In 2016, roughly 15% of adults regularly smoked cigarettes. Similarly, the link between obesity and heart disease, cancer, and diabetes is well-established, yet obesity is at an all-time high. There are also 5-10% of cancers that are a result of genetics.

Completely preventing cancer from occurring appears to be currently beyond our reach. Fortunately, many talented scientific groups and research communities are working on cutting-edge therapeutic strategies to treat this horrible disease once it has begun. Here at Oncobites, we will summarize new strategies, developments, and ideas about how to improve our ability to treat this disease when it does occur.

5 thoughts on “Cancer – how much of it is preventable?”