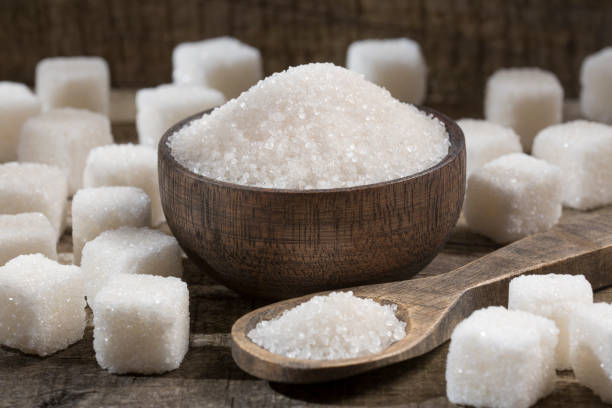 The term cancer research may invoke images of scientists with grand ideas mixing this or that until the next groundbreaking treatment avenue is uncovered. Indeed, discovering new therapeutic approaches has been an important factor in the progress made in the cancer research sphere. However, it is perhaps even more important to refine and improve existing methods. In this theme, one team at Massachusetts General Hospital (MGH) may have just uncovered a way to use cancer’s craving for glucose sugar to make chemotherapy more effective.

Nab-PTX is a nanoparticle with many subunits. Each of which contains several molecules of a chemotherapy drug (paclitaxel, PTX) bound to an albumin molecule. Nab-PTX takes advantage of the fact that tumors voraciously consume proteins like albumin to grow and multiply. As tumor cells consume albumin, they take up the attached drugs as well. You can think of it like when you were a college student and you flocked to any and every sign that read, “free food,” only to be pulled into some kind of hour-long lecture you had to suffer through. The cancer cells get more than they bargained for. This strategy has allowed nab-PTX to be one of the highest-selling nanomedicines in the past five years, with indications in metastatic non-small cell lung adenocarcinoma, metastatic pancreatic ductal adenocarcinoma, and metastatic breast cancer.

Chemotherapy in general works by damaging cells going through the division process. Cancer cells divide at a much higher rate than normal cells, so chemotherapy drugs primarily target and kill cancer cells. Our arsenal of chemotherapy drugs work in a variety of ways. Some chemotherapy drugs act directly on the DNA or RNA of cancer cells, either damaging the DNA or RNA or altering it to inhibit its replication or usefulness. Other drugs interfere with crucial enzymes or other proteins, such as microtubules, to inhibit the growth and development of cancer cells. Crucially, many of these mechanisms require the drug to enter the cancer cell, and this is the case for nab-PTX as well. Nab-PTX enters cancer cells by a process called macropinocytosis. Macropinocytosis involves the engulfment of fluids and compounds surrounding a cell. While other cell transport mechanisms are like drinking from a straw, macropinocytosis could be likened to drinking from the firehose. Due to the rapidity and efficacy of this method of uptake, cancer cells rely strongly on macropinocytosis to replenish their energy. Notably, compounds that enter a cell with this mechanism can reach the nucleus, which contains the targets of many cancer drugs.

Unfortunately, nab-PTX does not work well for all patients due in part to chemoresistance. Chemoresistance is a process by which cancer cells counteract or evade chemotherapy drugs and their effects. There are many mechanisms by which cancer cells can perform this preservation. They can eject the drug out of the cell, activate cellular processes to interfere with the drug, or employ DNA repair mechanisms to clean up the damage caused by cancer drugs. Additionally, cancer cells can reduce the passage of the drug into the cell in the first place. Indeed, getting enough drug molecules inside of cancer cells is a significant barrier to effective tumor clearing in the clinical setting.

The team from MGH demonstrated multiple important findings surrounding the uptake of nab-PTX. Firstly, the study clarified how cancer cells regulate the uptake of albumin by employing a clever imaging system to peer into the inner workings of these cells. Albumin and the PTX drug molecules were both fluorescently labeled. When the PTX reached its target and bound to microtubules in the cancer cell, the fluorescence increased ten-fold. Thus, an operational link was created between the level of fluorescence observed and the relative amount of chemotherapy drug that made it inside of a cancer cell. With this method, the team discovered that inhibiting a pathway called RAS/RAF/MEK/ERK led to decreased uptake of PTX and less effective tumor clearing. You can think of this pathway as a game of telephone beginning on the cell surface and ending in the nucleus. The eventual message of the pathway leads to activities centered around cell multiplication, metastasis, and survival. Understanding the role of this signaling pathway in albumin uptake by cancer cells is important for clinical trials of a regimen that combines nab-PTX with a drug called trametinib. Trametinib is a MEK1 and MEK2 inhibitor, so the authors theorize trametinib should be dosed after nab-PTX to prevent the former from decreasing the effectiveness of the latter.

Next, the team sought to increase the uptake of nab-PTX by cancer cells. After testing thirteen different compounds, they found inhibitors of insulin-like growth factor receptor 1 (IGF1R) enhanced the uptake and tumor clearing efficacy of nab-PTX. Under low glucose conditions, IGFIR is in a bound state, and the cell stimulates AMP-activated protein kinase (AMPK) to ultimately increase macropinocytosis. In this study, the IGFIR inhibitor called AXL1717 was used to give the cell the impression of low glucose conditions, and trick it into taking up more nab-PTX. This led to slower tumor growth and extended survival time in animal subjects. Essentially, the more we can make cancer cells crave a glucose sugar rush, the more we can trick them into consuming their nab-PTX poison.

The results of this study are a starting point that could unlock avenues to further improve the efficacy of chemotherapy. The authors theorize the findings of this study could apply to other albumin-bound drugs. Additionally, other kinase inhibitors that target pathways like EGFR and HER2 could similarly enhance uptake of nab-PTX. If successful, these future studies can bring us closer to leveraging cancer’s sweet tooth on the way to more effective therapies.