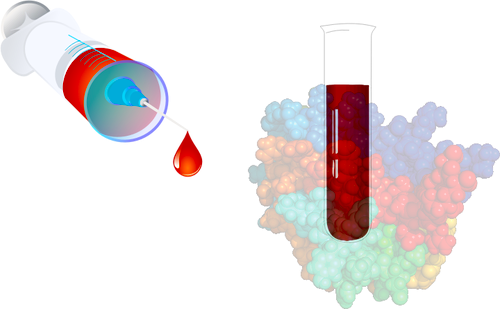 Breast cancer (BC) is the second highest cause of mortality worldwide. The standard clinical regimen for BC includes several modes of treatment such as chemotherapy, resection, radiotherapy, hormonal treatment, and receptor targeted therapy. Breast tumors often initially respond well to the combination of these strategies, allowing clinicians to proceed with the therapeutic routine. This leads to continued shrinkage of the tumor mass after each chemotherapeutic cycle. However, over time tumor cells develop resistance to chemotherapeutics or hormones, which impairs the overall survival rate (OSR) for this disease.

With conventional tissue biopsy, there is a time lapse between assessing the localized tumor to identify the cancer type and further classifying it into molecular subtypes. This delays the decision and commencement of personalized treatment therapy. Upon initiation with a targeted treatment plan, there is a high probability that the patient fails to respond to therapy. Additionally, this leads to higher chances of disease progression to a metastatic state. To predict, assess, and monitor the treatment response, resampling of tissue is required, which is invasive and difficult to perform for metastases in other major organs.

Liquid biopsy, as the term suggests, measures tissue components that have left the primary tumor tissue and are circulating in a patient’s blood. The dissemination of cells from the primary tumor into the blood circulation makes them easy to measure.  The types of components that are suitable candidates for liquid biopsy include circulating tumor cells (CTCs), cell free nucleic acids (cf-RNA; cf-DNA) also known as circulating tumor DNA (ct-DNA), and tumor derived extracellular vesicles, (td-EV). Liquid biopsy has now proven its potential to overcome limitations of the traditional biopsies. The circulating elements exhibit a rich pool of surrogate biomarkers that can provide complete information with respect to disease type, stage, and genetic manipulations in the tumor over time. Thus, they could be used as a supplementary tool to predict treatment response, for longitudinal monitoring of disease progression, and for determining the possibility of relapse after treatment.

A comprehensive system known as CellSearch is the only FDA-cleared detection technique that utilizes the expression of the EpCAM biomarker to selectively target CTCs. With the practical convenience of blood collection, sampling, storing, and FDA approval, the CellSearch technique has been employed for 13 years to obtain clinical data from various cancer types.

However, the sensitivity and specificity of CTC detection-based technique is too low and limited to allow for detection of minimal residual disease (MRD) post surgery or chemotherapy. In the case of HER2+ breast cancer patients, HER2 expression on CTC compared to HER2 expression in the primary tumor of patients at early or advanced stage of breast cancer is variable. The CTC- bases status proved to be unreliable in patients with low CTC counts.

Analyzing cell-free DNA (cf-DNA) or ct-DNAs has been proven to be reliable as a companion diagnostic along with tumor biopsy, with a sensitivity as high as 70-93% in detecting patients with aberrations. This has made it possible to personalise the treatment of breast cancer at the genomic level. Genomic analysis technique has been applied as a therapeutic decision tool. However, with localized disease, ctDNA levels were found to be low, because the tumor’s contribution to cell free DNA is diluted in the background of normal cell-free DNA. Thus, it is more challenging and needs further clinical validation for early diagnosis. Thus, it is not yet clear if any ctDNA characteristics can benefit clinical outcomes.

Double membraned nanosized vesicles released by all the cells of the body into the extracellular space within cytoplasm are known as exosomes. They are actively discharged by almost all types of cells in the body and act as nano messengers in various biological processes. These vesicles are genetically loaded, as they contain dsDNA and RNA as well. They are known to mimic their parent derivative cell. In the case of exosomes released from tumor cells, they express all the biomarkers present on the derivative tumor cell surface. Thus, they are a good indicator of the mutation profile of the original cells from primary tumor. Several studies have further pointed out how these messengers traverse across the body and help the tumor by setting up a pre-metastatic niche. This accelerates all the hallmarks of cancer, leading the disease to metastasize in distant organs. Thus, methods are now being developed to capture these vesicles and exploit them to identify the severity of the disease. Their increasing number in circulation have been correlated with increasing burden of the disease. In HER2+ carcinoma, these exosomes have been shown to hinder the therapeutic impact of Trastuzumab administered as a part of the adjuvant and neoadjuvant therapy. This further led to development of acquired resistance. One study found clinical evidence that upon exosome exfiltration, one can improve efficacy of the same drug thus by minimising exosome mediated interference.

In particular, for stage I-II disease characterized as early breast cancer (EBC), when the disease is not clinically or instrumentally detectable, new clinical prognostic and predictive tests like these are essential. Yet, surgical biopsies still considered the ‘gold standard’ for diagnosis and treatment choices for cancer abnormalities. In the wake of improving point of care for patients let’s together shed some sweat blood and get the liquid biopsy to the clinics.