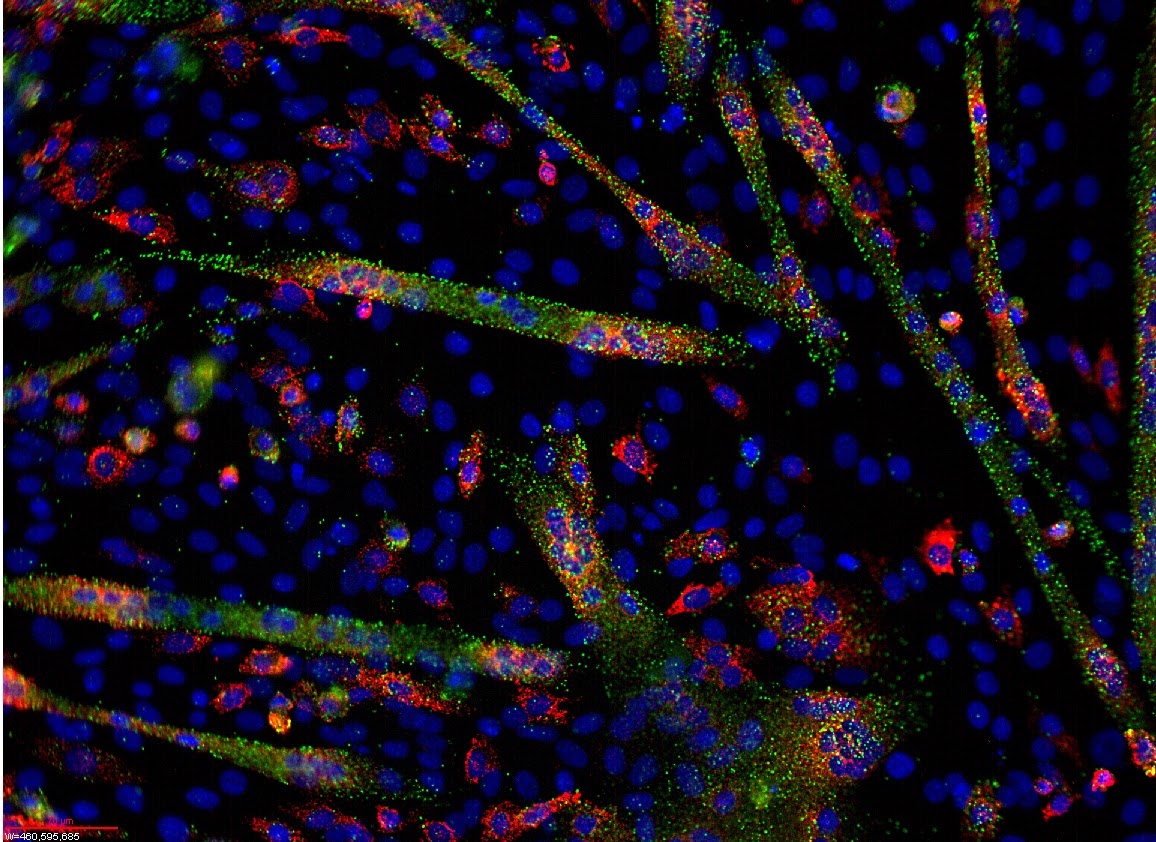 When we think of cancer cells, we often imagine a mastermind cell that has somehow managed to evade all of our body’s natural defenses as well as even modern day science. However, years of scientific research and publications have shown that the “mastermind” behind this particular cell is, in its simplest form, merely a number of small mutations in its genetic makeup which lead to much larger, disastrous consequences. In particular, one tiny piece of biology is helping cancer cells evade our body’s natural defenses and resist common chemotherapies: micro-RNA.

Micro-RNA (miRNA) like their name suggests are small, non-coding RNA molecules. Their normal role in cells is to “turn off” certain genes via interference with their corresponding signaling pathways. By interrupting this signaling, they are able to effectively prevent cells from expressing specific genes.  For example, they might prevent a certain gene from being expressed by preventing the expression signal from being sent within the cell. In this way, miRNA can function as powerful gene suppressors. However, should they begin to work incorrectly, the consequences are disastrous and can lead to phenomenons such as tumor growth and drug-resistance.

A particular miRNA, MIR1249, has been the focus of research on chemotherapy resistance in bile tract cancer (BTC). A recent study focusing on BTC cells found MIR1249 found to be overactive in 41% of these tumors. The researchers then showed that this miRNA could disrupt the Wnt pathway, a set of signals present in stem cells that allows for their ability to proliferate. It appears that when MIR1249 is present and active, cancer cells can acquire that ability to continuously regenerate. Conversely, when the researchers inhibited MIR1249, they found that the BTC cells had an increased sensitivity to chemotherapy. Thus, this small piece of biology is partly responsible for the uncontrolled replication and chemotherapy resistance found in BTC cells.

What are the applications of micro-RNA?

The discovery of MIR1249 and its link to cancerous tumors provides a new target for drug therapy research, specifically for BTC. This is a huge step in treatment, as the 5 year survival rate for advanced cases of this cancer is only 18%. A major issue with current cancer treatment is the ability of cells to become resistant to medications quickly, thus limiting new drugs in their ability to treat patients. However, with the discovery of a molecule that plays a role in causing this resistance, we can focus research efforts on targeting drug resistance at its source. Although BTC is among the more rare cancers, affecting only 1% of the population a year, it can provide insight into possibilities for other research and provides treatment for a disease that otherwise had very little.

MIR1249 is not the only miRNA that has been linked to causing drug resistance. One study cites miR-451 to be at fault for proliferation and resistance in breast cancer cells. Indeed, experiments showed that downregulation of miR-451 lead to increased proliferation in tumors and to chemotherapy sensitivity. Additionally, underexpression of miR-451 has also been linked to similar results in various other types of cancers, like colorectal and gastric cancer. In these studies miR-451 appears to act as a tumor suppressor. This pattern emphasizes that focusing the lens of drug research on these miRNAs could reveal a new way to develop treatment.

An unfortunate drawback of investigating miRNAs for drug development and experimentation is the fact that they’re highly specific to cell type. This means that while they may have a certain role in one type of cancer, they can have a completely different role in another. For example, while overactive MIR1249 in particular has been found to lead to BTC tumors, it has also been proven that CRC tumors are actually a result of inhibited MIR1249. In fact, research has shown that when MIR1249 was induced in colorectal cells, cell proliferation and invasion were suppressed. Results such as these make it difficult to produce an all-encompassing method of cancer treatment, as the targets for chemotherapy are highly variable.

These conflicting answers for the true role of miRNAs can cause confusion when interpreting results, but it simply means that we cannot generalize research for all cancers. Similarly, we cannot generalize the role that miRNAs have in causing cancer. When investigating the causes of drug resistance in cancer cells, miRNAs are an area that has not been examined in depth, but which show potential to be a prime target for new drugs being developed.