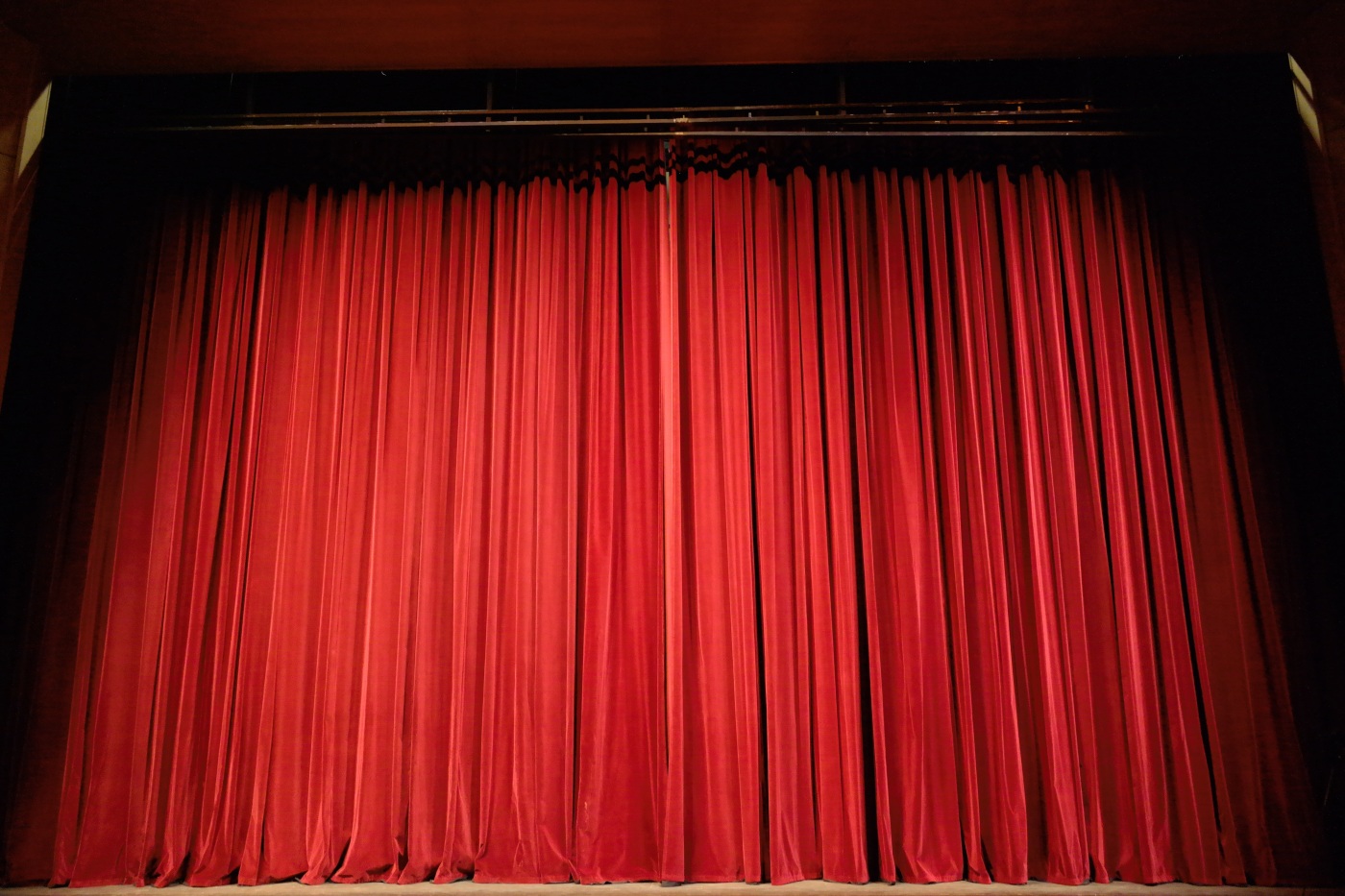 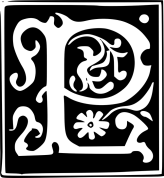 The tumor microenvironment (TME) is a desolate place. Nutrients are sparse, and living conditions are hostile for the resident cells. This poorly perfused, alien landscape is filled with leaky, tortuous vessels. The interstitial fluid pressure is high, severely compromising nutrient delivery mechanisms. It’s not a place any cell would call home.

Darkling beetles of the Namib Desert face a similar problem in a habitat where water is extremely hard to come by. These unique insects have developed micro-sized grooves on their forewings which allow them to harvest water from the air during the foggy morning hours. It’s a textbook example of resiliency. Much like these desert-dwellers, tumor cells must use adaptive and sometimes inventive methods to survive in the nutrient-depleted TME.

One such strategy involves increasing nutrient transporter expression. Amino acid and glucose transporters (LAT1 and GLUT1, respectively) are transcriptionally upregulated in proliferating tumor cells, thereby enhancing blood-borne nutrient uptake. Another route involves autophagy, a process that allows them to consume their own body parts (proteins, organelles) for energy. But perhaps most clever of all is their ability to bypass the bloodstream altogether and scavenge energy from other nearby sources, including their own kind; they literally eat their relatives alive.

Tonight’s performance, for your viewing and educational pleasure, presents the many faces of tumor scavenging in four acts. You are about to embark on an expedition that explores the eclectic palate of cancer as we uncover their secrets to survival. It will span the mundane to the macabre and bring you closer to understanding the menace and malfeasance of maleficent malignancies.

Our story begins deep in a forest canopy, following a small creature with a voracious appetite, much like its symbolic counterpart.

Act I – The Caterpillar 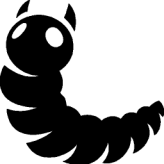 The unassuming caterpillar spends most of its life munching on leaves and flowering plants on its journey toward the chrysalis. In cellular biology, the extracellular matrix (ECM) can be thought of as a forest of collagen and glycoproteins that provide structural and biochemical support to the surrounding cells. ECM proteins are heavily glycosylated, providing a rich source of energy ripe for harvesting. Cancerous caterpillars consume these leafy ECM components not with a mouth but instead with a cellular gulp known as integrin-mediated endocytosis. Some of their favorite meals include morsels of fibronectin or laminin. First, the tasty bits are grasped by long integrin mandibles (α5β1 or α6β4, respectively) which are subsequently swallowed by the cell. The leafy bolus of food is then carried down the cellular esophagus (endosome) to the stomach (lysosome) where it is digested for energy.

This scavenging strategy is especially evident in pancreatic ductal adenocarcinoma and breast cancer, where abundant stromal cells overproduce ECM proteins, leading to a vegetative explosion of fibrosis. Tumor blood flow is quite low in these cancers, leading to low oxygen levels (hypoxia) and nutrient limitation; this necessitates scavenging of the lush ECM forests for survival.

Foraging on leaves is harmless enough, but some tumors adopt a more deviant approach . . . one that takes place in the shadows. 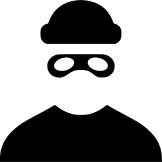 Albumin is the most abundant plasma protein in the human body, acting as a courier for poorly soluble nutrients and signaling molecules; each protein contains up to seven fatty acid binding sites. It’s the perfect shipping truck for energy molecules. Porous vessels in the TME provide a clear path for these cargo trucks thanks to enhanced permeability. However, the shippers quickly discover that the path to the tumor interstitium is a one-way street. Unable to turn around, the helpless albumin couriers are now vulnerable to the awaiting ambush. Tumor scavengers rob them of their precious energy cargo via receptor-mediated endocytosis. Armed with albumin receptors (megalin and cubulin), the tumorous thieves force the couriers into their cellular garages for nutrient extraction.

As for the courier, its fate depends on whether or not there are police in the area. Intracellular neonatal Fc receptors are constantly patrolling the endosomes, looking for albumin couriers to return to the cell surface. Unfortunately, there are very few precincts to be found in some tumors such as non-small cell lung, breast, and prostate cancer. Couriers that wander into these neighborhoods meet a far worse fate, rarely escaping with their lives.

Flying from the crime-ridden, dark alleys of the TME, we spot a flock of feathered fiends encircling a motionless victim. 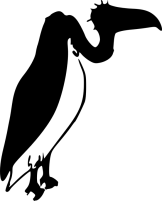 One of the largest scavenging birds of prey, the vulture, rarely attacks healthy animals, preferring to feed on the dead or dying. The putrid carcasses they consume are teeming with botulinum toxin, hog cholera, and anthrax bacteria. These hypertoxic elements, lethal to most living organisms, are easily digested by the vulture’s exceptionally corrosive stomach acid. Likewise, cancer cells feast on decaying cell corpses in the TME through a process called macropinocytosis, providing lipids, sugars, nucleotides, and amino acids to the ravenous wake. The malignant menagerie rips and tears at the cellular carrion, swallowing necrotic chunks of debris along with albumin, ECM proteins, and exosomes. This feeding frenzy is mediated by the GTPase RAC1 and PIP3, a membrane phospholipid. Noxious cellular appendages offer little nutritive value to normal cells, but macropinocytic tumor cells proliferate wildly after stuffing their bellies with eviscerated debris.

RAS activation seems to be a critical driver of this abhorrent behavior. Tumors of the pancreas, urinary bladder, colon, and lung carrying activating mutations in HRAS, NRAS, or KRAS continue to proliferate even after being starved of glutamine or essential amino acids by extracting nutrients from cellular corpses.

From herbivory to kleptomania to necrophagy, we’ve observed a bevy of bewildering scavenging behaviors. Yet our last stop is perhaps the most disturbing of all. Be forewarned, the following is not recommended for the faint of heart.

A pitch-black corridor extends into a dimly lit cavern just a few yards ahead. Flames flicker and dance along the walls, casting a warm orange glow throughout the catacomb. Blood-stained mosaic tiles surround a large cauldron, bubbling with excitement; a blazing fire crackles underneath. Nearby, a long wooden table is decorated with a collection of sharp, archaic instruments — something you might find in a medieval torture chamber. A small pile of bones litter one corner of the room adjacent to three rusty metal cages, their creaky doors ajar. Glistening golden gems are positioned in the center of each cage, beckoning you to have a closer look. As you begin filling your pockets with newfound treasure, the cage door slams shut. Spinning around, you meet the hollow eyes of your assailant. His frail, famished frame is garnished by a set of tiny, tapered teeth. Dinner is served.

Breast, lung, cervical, colon, stomach, and skin cancer cells consume their living neighbors through a process called entosis. Here, victim cells are lured into cages (vacuoles) of cannibalistic tumor cells following RHO-associated protein kinase activation. Tumors are sometimes merciful, releasing the captive back into the TME, but recruitment of autophagy-related protein LC3 to the vacuole triggers lysosomal fusion and cannibalization in most cases. In addition to providing a source of nutrients for the survival and proliferation of starving tumor cells, entosis is also thought to support cancer anabolism indirectly by selecting for tumor cells capable of alternate forms of scavenging. In other words, cannibal tumors consume non-cannibal tumors, generating a more robust population of flesh-eating cancer cells.

Breathless and beaten, you emerge from the nightmarish, neoplastic necropolis with your limbs intact. As we approach the end of our meandrous journey, it is time to return from whence our story began: to the southwest coast of Africa and to the now meek and mild survivors of the sandy scape. 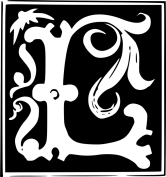 A misty fog rolls in as the morning sun peeks over the mountainous dunes of the Namib desert. The Darkling beetles rise early to engage in a peculiar behavior known as fog-basking. These insects position themselves facing into the foggy wind and thrust their abdomen into the air, capturing moisture on their forewings. Their shells are made out of a waxy material similar to Teflon, allowing them to channel water from their body into their mouth. This behavior is critical to their survival, especially during periods of low rainfall. Just as the Darkling beetles have adapted alternative ways to harvest water from the arid climate of the Namib desert, so too have tumors adapted novel mechanisms to harvest nutrients from the barren TME.

We’ve witnessed tumors forage the vegetative ECM, commit armed robbery against albumin couriers, ghoulishly feed on dead cell debris, and even murder its own brethren in order to survive. I hope you now understand and appreciate how these scavenging behaviors exemplify the inherent difficulty we face in killing these resilient tumor cells that can acclimate to all but the most severe situations.

This concludes tonight’s performance. Thanks for joining us on this fantastical foray into cancer biology. We hope you will visit us again soon!